The Sixth International Film Festival for cultural, spiritual, historic heritage and human values - „Bogorodicen Pokrov“- “Holy Virgin Mary Omophorion“, will be held online, from 11th December until 26th December 2021, and the replay from 1st January untill 16th January 2022 in Skopje, Macedonia.This year the festival is sponsored by the Visegrad Fund. The project is co-financed by the Governments of Czechia, Hungary, Poland and Slovakia through Visegrad Grants from International Visegrad Fund. The mission of the fund is to advance ideas for sustainable regional cooperation in Central Europe.This Festival is non - profit project, founded due to the great need for support and nurture of the cultural and spiritual values and the humanity in the society and the mankind.The partners of the Festival are: Ars Sacra Foundation from Hungary, Three brothers – Czech film production company, Vistafilm - Czech film production company, Novinski film production company from Slovakia, Festival Filmsko Bdenje duse – Vigil of Soul from Serbia and Teledom Macedonia, Association of the Hungarians in Macedonia. Festival has been so far supported by the 12 Ambassadors in the Republic of Macedonia. The festival program is consisted of 20 feature and documentary films from the Czech Republic, Slovakia, Hungary, Russia, Romania, France, Serbia and Macedonia. Also we will have on line interviews with the representatives of our partners for their mission and films, and Master class in honor of unknown Cult of St.Naum of Ohrid in Hungary. The Festival was founded in 2016, by Mrs. Zorica Soloman Kostovska and Mr.Kole Jovanovski.The Honored President of the Festival is prof. PhD. Jovan Takovski, awarded with a gold medal "St. Clement of Ohrid" at the state level for his professional work. The Program Counsel of the Festival is composed by: PhD. Antonio Mitrikeski, film ad TV director, professor on the Faculty of Drama Arts and Director, winner of numerous international awards, PhD. Goko Gorgevski, Dean of the Theological Faculty “St. Clement of Ohrid” in Skopje and former Ambassador of Macedonia in Vatican, Vladimir Angelov, senior filmmologist and Director of the Cinematheque of the Republic of Macedonia, Ph.D. Igor Shokarovski , film and TV director and Dean of the Fuculty of Design and Multimedia at the Amrican University of Europe -FON and Zorica Soloman Kostovska, founder and director of the Festival, former 10-years member of the International Academy for Television Arts and Science in New York - Emmy Awards, former director for international co-productions of MRT, with about 30 years experience as TV and film producer, being graduated diplomat and theologian, at the same time. Founder of the Festival is also the late Mr. Kole Jovanovski, TV and Film editor and director, winner of many awards. The member of the Council was also the late Mr. Dragi Tanevski, internationaly famious director of photography. Top Wolrd, Independent TV production is the producer of the festival. We invite you to be a part of this unique festival dedicated to highest values of humanity.


Dear admirers of spiritual values, We invite you to be for the 6th time, under the protection of the "Holy Virgin Mary Omophorion", the only international film festival of spiritual, human and cultural values in our country, but also rare in the region, which this year takes place as an online event from 11 to 26 December 2021, with a replay of the program from 1 to 16 January, 2022. The program of the festival shows documentaries and feature films dedicated to cultural, spiritual heritage and humanity, as well as historical and biographical films. We will show 20 films and TV programmes from Macedonia, Czech Republic, Slovakia, Hungary, Russia, Serbia, Romania and France. All of them have been translated into Macedonian, most of them into English, and part of the program is in Serbian and Russian language. All screenings are free of charge. This year, the festival is gaining a wider international dimension with the support of the Vishegrad Fund founded by the Visegrad Group of States, for which we are especially grateful! The festival is also supported by the Embassies of Russia, Czech Republic, Slovakia, Hungary, Romania. Many thanks to all and to all the spiritual patrons whose logos are on our web and Facebook pages. 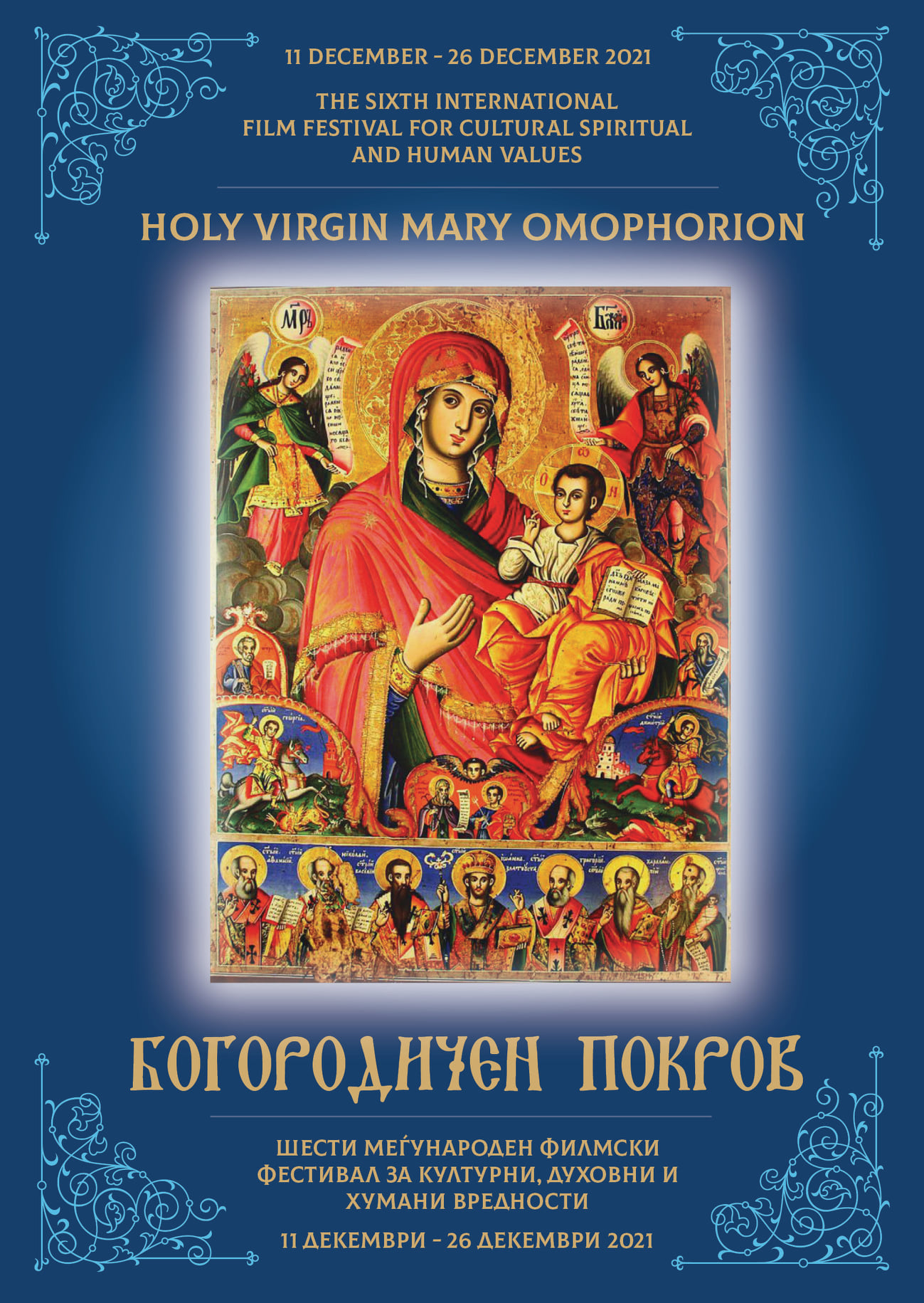 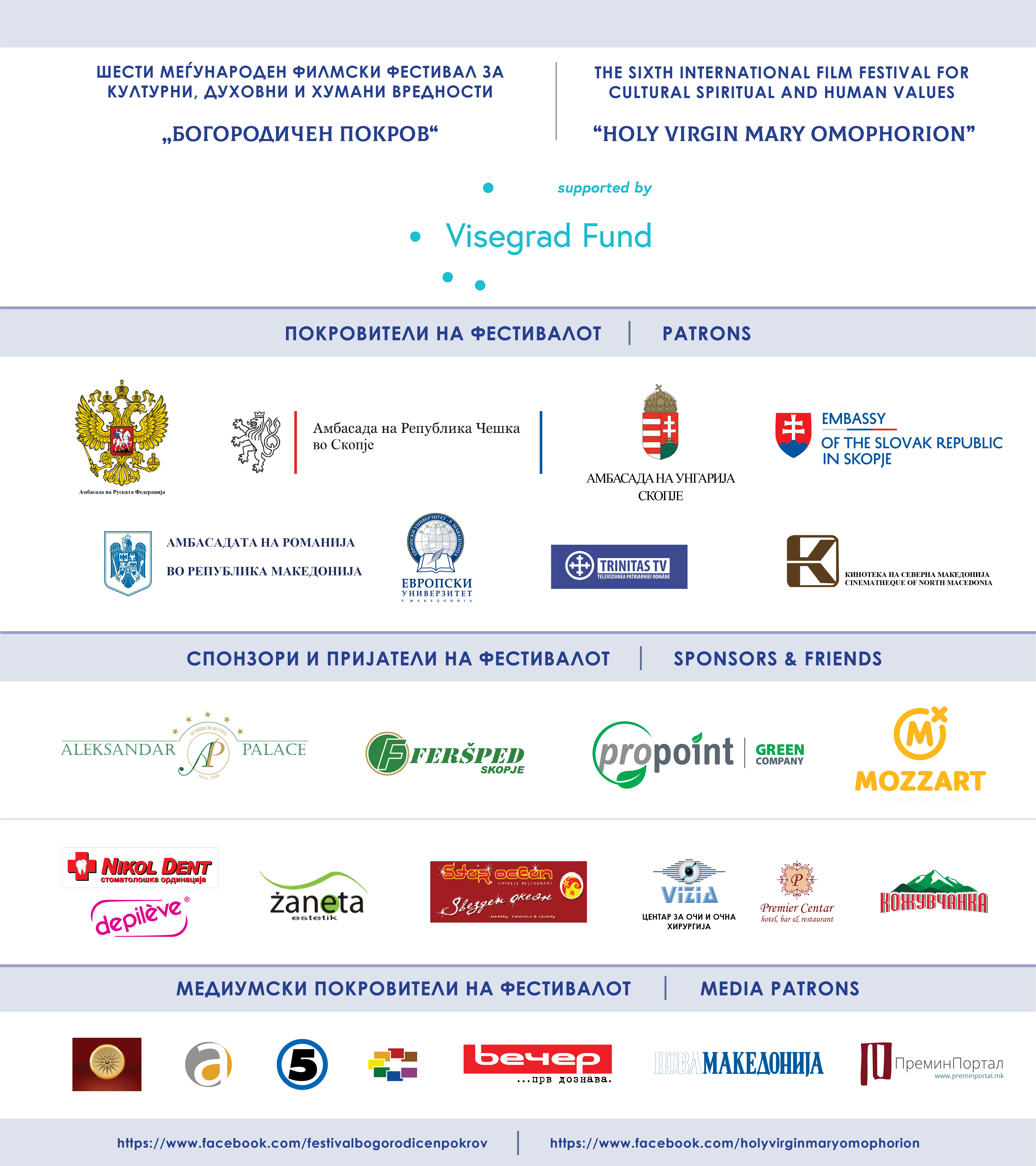 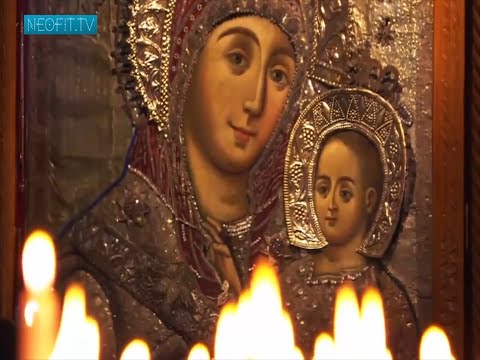 THE EARTH LIFE OF THE HOLY VIRGIN 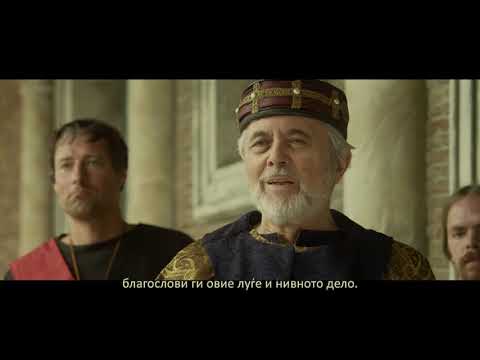 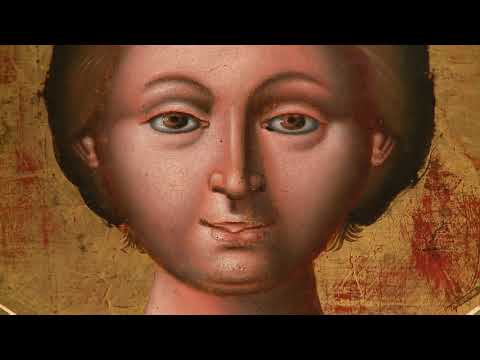 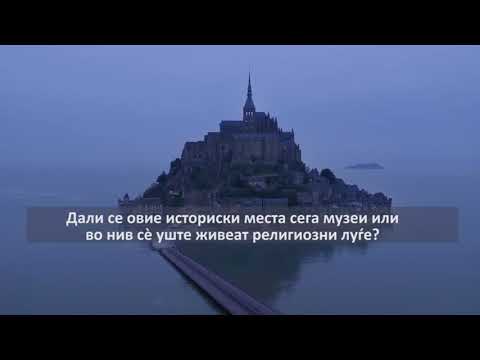 Monasteries of Europe - Witnesses of the Invisible 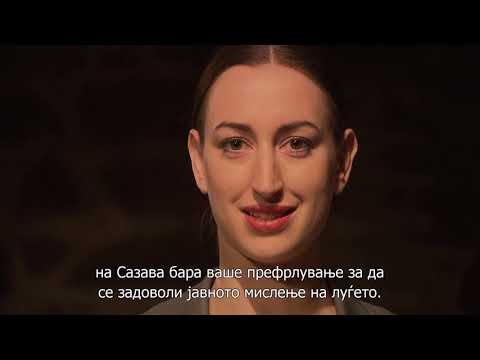 IF WE NEED TO DIE TODAY 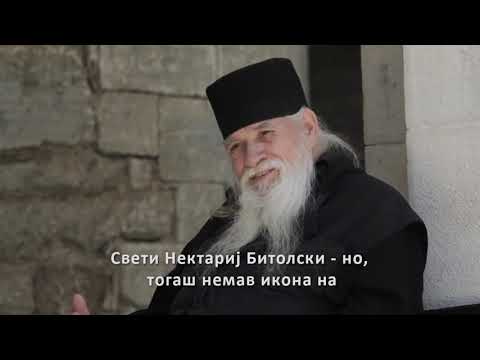 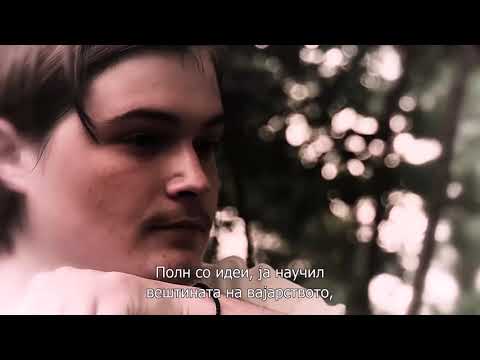 SAINT ANTHIM OF IBERIA - SON OF GEORGIA AND FATHER OF WALLACHIA 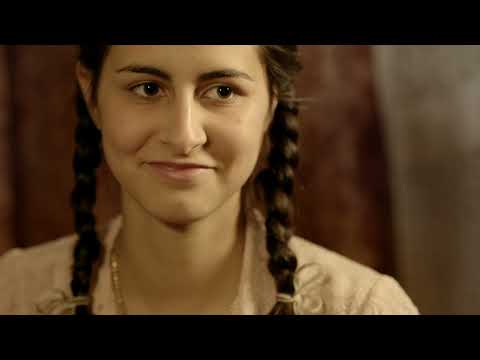 THROUGH THE EYES OF THE PHOTOGRAPHER 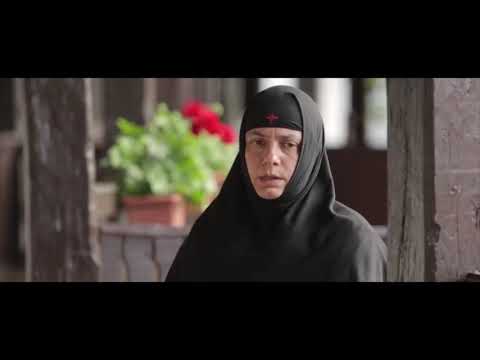 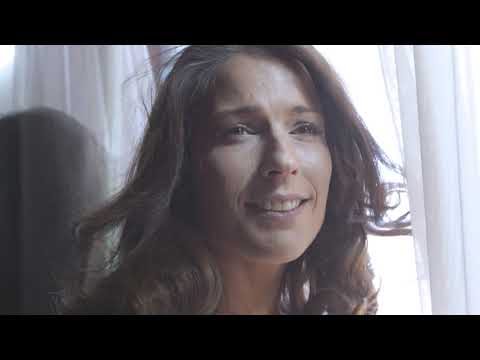 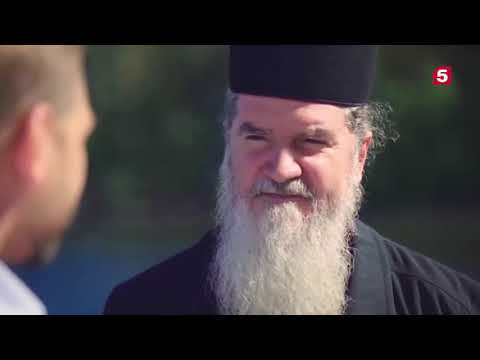 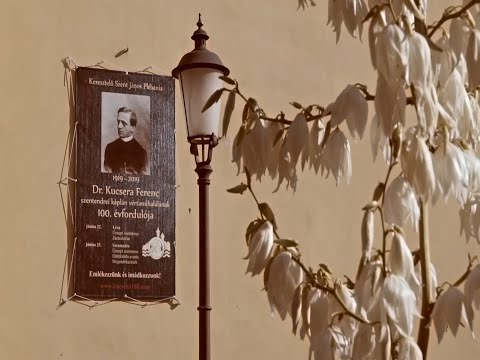 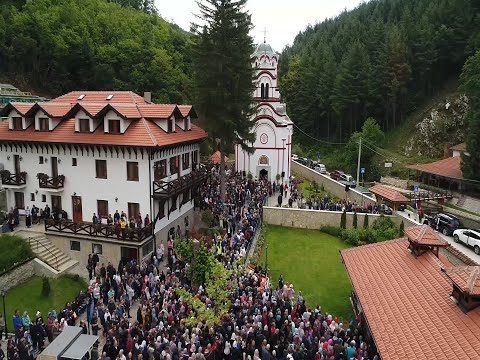 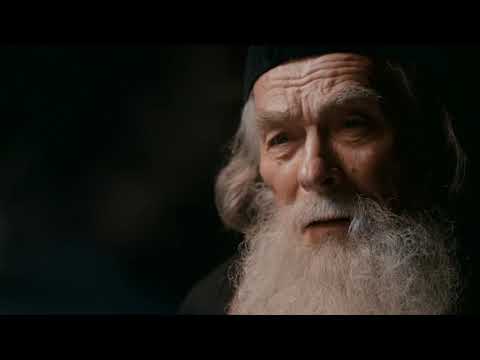